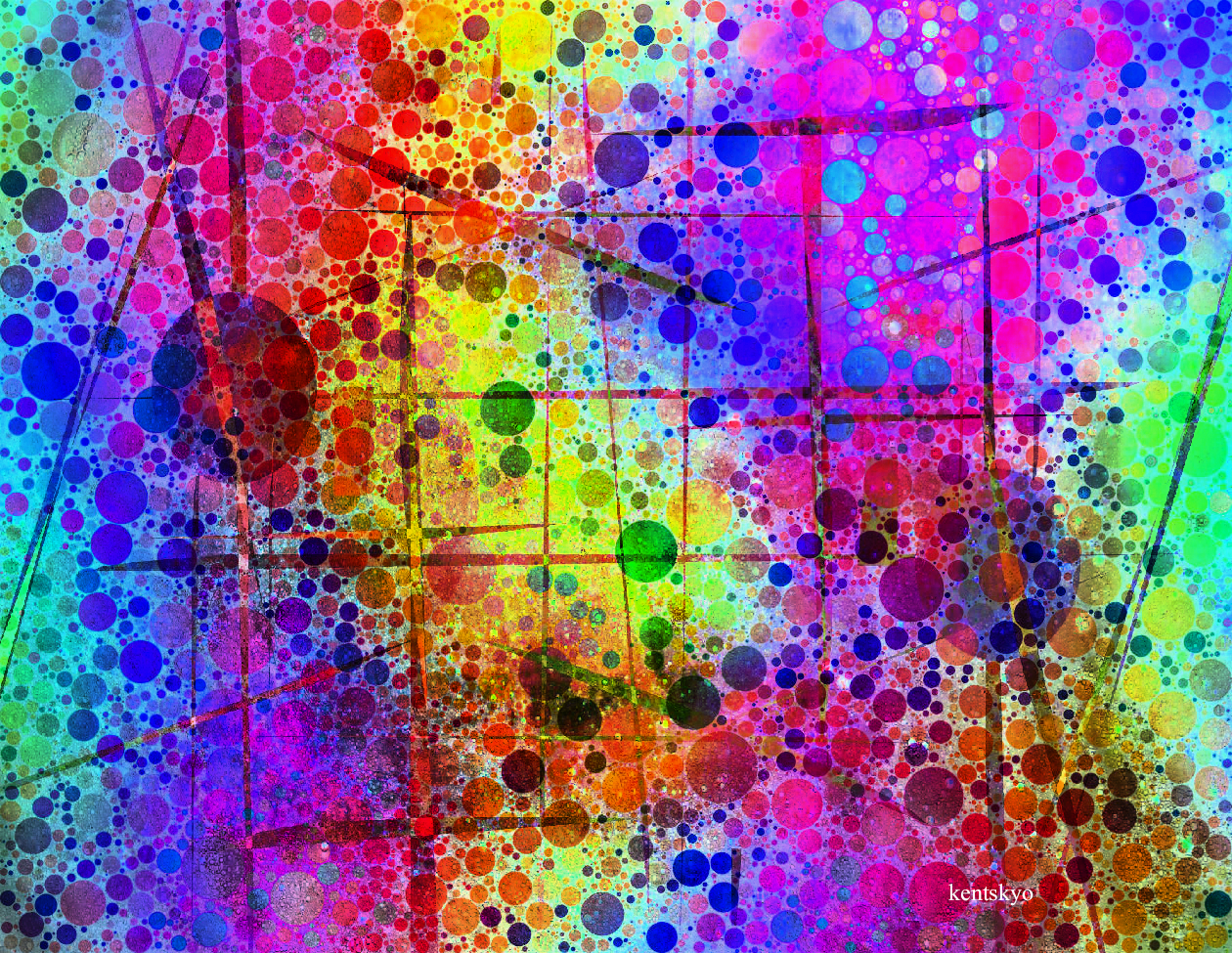 Packed dots and visual energy. Non-overlapping proximity. Energy of collectives? Is there a kinetic potential signified with a simple density and arrangement of parts? Containment/Dispersal. A colony, a cell structure, a bomb.

By distributing pockets of different densities in the image, I assessed gradients of relative energies. Sometimes more energy emanated from pattern or color than the density of dots. Or the relative size. Binding dots within lines sometimes enhanced their perceived power and uniqueness. Some clusters radiate energy but the why is enigmatic.

Circle packing is a popular algorithm in generative art (and origami.) Nature uses physical properties to assist in its packing and we too could approach it as a physics simulation; but the tact here is geometric. Calculating distance between center points of two circles and testing for less than the sum of both their radii, let’s us know if they are touching. As circles expand and new ones form, this iterative testing packs spaces on the canvas. While this project created dots randomly, since it was just exploring visual energy of clusters, a directed placement allows a more sophisticated composition or exploration. Dan Shiffman has some marvellous examples of orchestrating dots into letter forms or reflecting color values of underlying images. Ok, cats